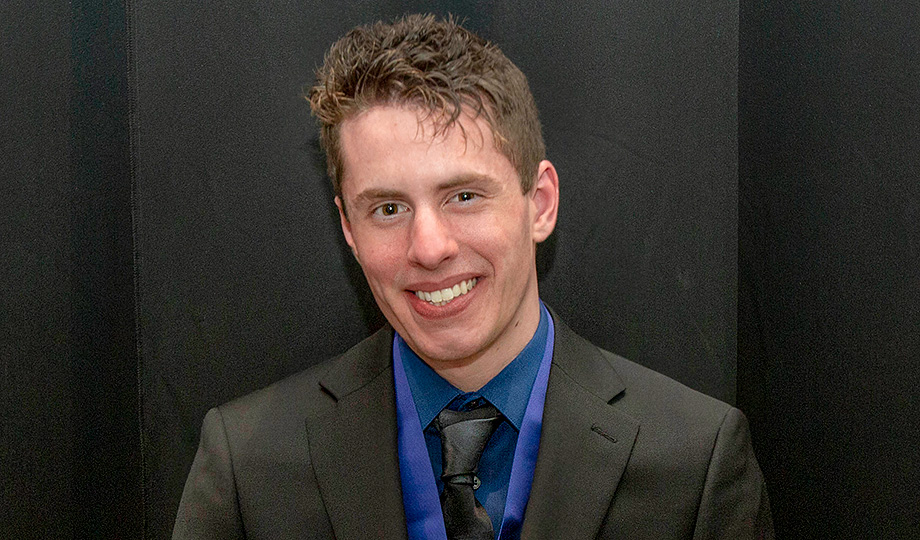 Mason Monen first became interested in becoming a doctor in the fourth grade when his dad was diagnosed with kidney cancer.

“At the time, especially considering my young age, all I knew was that cancer had a strong tie to death and that terrified me,” he said. “I knew my grandfather had died of cancer when I was young, so I started to worry quite a bit for my dad, thinking he would die like his dad.

“Thankfully, though, he didn’t and I can still remember the relief I felt knowing he was in the clear after his surgery. That feeling has since stuck with me and I made it my personal mission in life to bring that kind of joy and relief to other people just as the doctor who saved my dad did for me.”

Before making a final decision about a medical career, Monen chose to attend College of DuPage, which allowed him to take courses that exposed him to the medical field while providing insight on his proposed major. He also was named a Presidential Scholar, which included full tuition and enrollment in COD’s Honors program and the Phi Theta Kappa Honors Society.

“The Presidential Scholar award was a huge honor and I believe it certainly motivated me to prove I was worthy of it,” he said. “It also pushed me to get involved in more than just my studies as it challenged me to complete volunteer hours. This led to me volunteering at Good Samaritan Hospital in Downers Grove, which opened doors for me to get a job at AMITA Bolingbrook Hospital. Therefore, the award not only helped give me confidence in my academic work but it also helped me expand my horizons to find new opportunities.”

Monen’s biggest influences while at COD were his professors.

“Some of the professors I came into contact with over the years challenged me to reach for the stars and were always willing to lend a helping hand, whether the matter was class or personal,” he said. “The counselors were another huge help, as they not only helped me stay on the right path but also by revealing various opportunities to me that I never would have been aware of on my own.”

“Without question, this scholarship has been the most humbling and honoring experience of my life. I must have read the congratulations letter a million times in total disbelief. To this very day, it all seems like some kind of dream,” he said. “Receiving the scholarship has sparked a fire within me to go out and achieve my goals with everything I’ve got. It was a vindication of sorts of all my work thus far and a real big indication that if I put in the time, work and dedication, I will achieve what I dream of, no matter how big or far away that dream may seem.”

Monen is currently finishing his last year at NCC as he pursues a bachelor’s degree in Biology: Biomedical Science and a minor in Chemistry. His overall goal is to become a doctor, which he knows means many more years of schooling and time to practice his craft. He already was accepted in the Lake Erie College of Osteopathic Medicine’s early acceptance program, which he will begin after completing his studies at NCC.

“I am still at the very beginning of my journey,” he said. “Even though it is a long one full of many challenges, I’m incredibly excited because this path gets me to my ultimate goal of becoming a doctor.”

For any students considering COD, Monen said it is an exceptional starting point to begin any career, no matter how big or small.

“College of DuPage is a wonderful place to find out where you want to go in your life and has numerous opportunities to reach those goals,” he said. “It also has professors and counselors who are willing to offer guidance and support as well as an environment that isn’t overwhelming.”