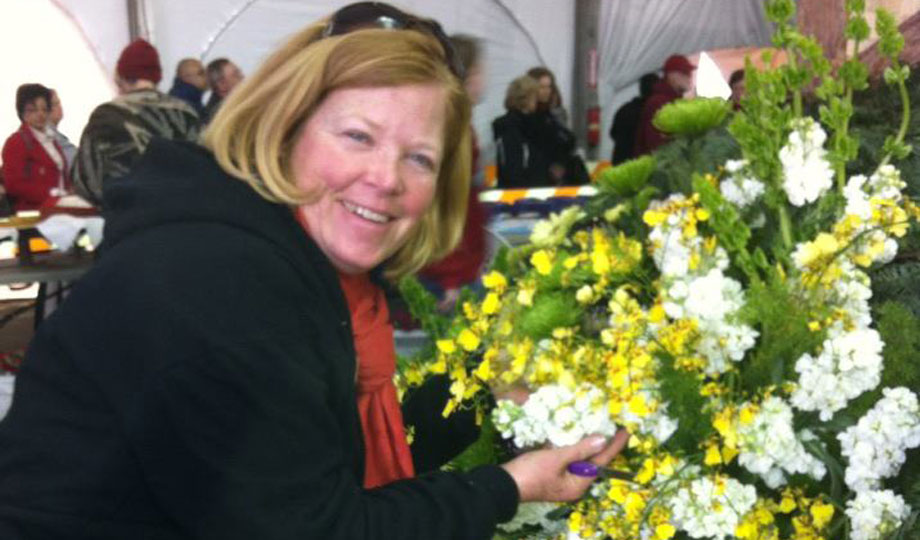 During her time at COD, she completed an internship at Hinsdale Floral Shop, gaining experience in not only floral design but also business.

"COD was the perfect place for me," Oldis said. "I liked horticulture but wasn't exactly sure what I wanted to do. With the help of my professors, I learned that landscape architecture was the right avenue for me. At COD, I received instant gratification because I got to put my skills toward real-world experience."

After completing her horticulture studies at COD, equipped with confidence and an array of skill sets, Oldis opened a floral shop in 1986 in downtown Glen Ellyn that became a staple in the community.

Oldis never steered too far away from the College, coming back to teach advanced floral design in 2001 after now-retired Horticulture Program Coordinator Judy Burgholzer called her and said that students would benefit from her expertise.

"While I left COD as a student, I never stopped staying connected to the College community," Oldis said. "I would have COD students work at my floral shop as interns, and horticulture classes would visit my floral shop to see first-hand how a business was run."

While Oldis closed her floral shop in 2000, she continued to stay active with the American Institute of Floral Designers and now serves as a freelance floral design consultant in her home town of Shelter Bay, Wash.

Doors opened for Oldis through her AIFD accreditation and service to the floral community, including her involvement with Charisma Floats, which designed Rose Parade floats from 2005 to 2010. Through Charisma, she also had the privilege to be on the floral design team at the Academy Awards for four years and designed floral arrangements for the 2004 Presidential Inauguration in Washington, D.C. She was also invited to design arrangements in 2015 at the White House.

"After leaving Glen Ellyn, my floral design aspirations didn't stop," she said. "Joining my local AIFD chapter has been a catalyst for me. I've been able to network with other professionals in the floral industry, and new opportunities seem to open up for me."

In 2019, Oldis served as one of three judges in the 130th Rose Parade in Pasadena, Calif., on New Year's Day. Only three judges are selected each year to grant awards to the dozens of floats in a parade that has a national viewership of 44 million, as estimated by the Tournament of Roses.

"The elements and principles of design that I was taught at College of DuPage through floral classes were instrumental in my successes," she said. "From the floral shop to designing to teaching, COD has been my foundation."