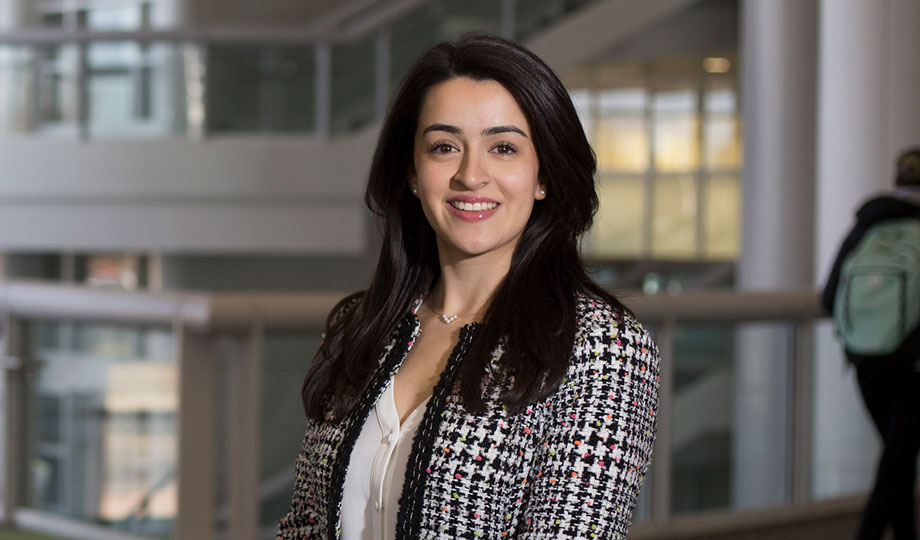 When Ana Pliego finished high school, she knew exactly what to do next.

“I always wanted to return to Mexico, where my family is from, and become a preschool teacher,” she said. “I decided to live with my grandparents and was accepted at a competitive university in Mexico to study education. I had my entire life planned out.”

However, after moving and beginning her studies, Pliego began noticing that her life was far from what she expected it would be. She spent some of her free time helping an aunt, who is the principal at a preschool. On one afternoon, Pliego stood in a preschool classroom and asked herself if this was the career she wanted – and the answer was no.

Unsure of what to do next, Pliego returned home and contacted her high school counselor, who recommended that she start at College of DuPage.

“I had reservations,” she said. “All of my friends had gone away to school. So at first I just came to class and then left.”

During her second semester, Pliego saw an announcement for the Latino Outreach Center and decided to check it out. She found herself speaking with more students and soon became the treasurer for the Latino Ethnic Awareness Association. Then she discovered the Student Life office, where she obtained a job working at the front desk.

Her involvement with campus life continued into her second year, when she served as Service Coordinator for the Student Leadership Council and participated in the Living Leadership Program. In 2016, she was named one of the College’s two Outstanding Graduates.

“All of my experiences have made me grow and discover what life means,” she said. “I’ve had amazing teachers, such as my first-semester speech professor Mia Poston, who have taught me so much.”

Pliego transferred to Elmhurst College and earned bachelor’s degrees in Organizational Communication and Psychology. While there, she interned at Women Employed in Chicago, a nonprofit organization that focuses on dissolving gender inequality in the workplace.

All of my experiences have made me grow and discover what life means.

She then moved to France for a year, where she continued learning French while working as an au pair.

“I take it day by day, and my life is so much greater for it,” Pliego said. “I love helping people, and I see myself possibly working at a nonprofit organization or an embassy halfway across the world. I’m not sure yet, but I know that I want to step out into the world completely. I want to make an impact on people’s lives.”

Pliego returned to COD and did just that. As the Student Life event specialist, she tapped into her own positive experiences as she encouraged students to get involved.

Now she is at the University of Greenwich in London pursuing a master’s degree in Occupational Psychology. After completing the year-long program, she would like to stay in the United Kingdom and find a job.

“I hope to work in leadership development and training,” she said. “I’m very excited to experience a different culture and meet people from around the world. I have absolutely loved my job at COD and I look forward to applying everything that I have learned to my master’s program and beyond.”

Pliego hopes that students see the possibilities in their own lives after attending COD.

“I had that mindset at the beginning that this was just a community college, that it didn’t matter,” she said. “Now I know that everyone should take advantage of what COD has to offer. A community college is worth it, because COD became my second home.”