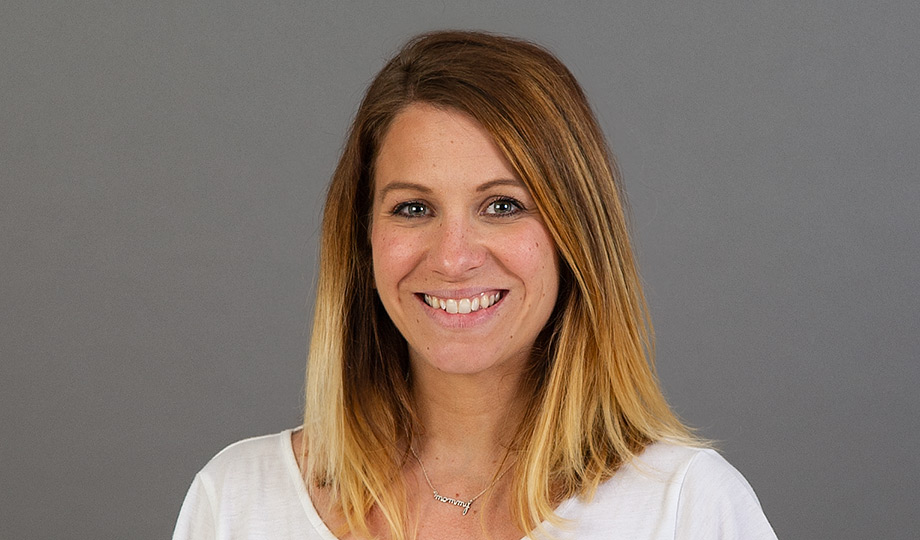 When Kelly Procek graduated from the Nursing program, she received her pin from a flight nurse in Wisconsin who inspired her own journey.

It was also the first time Procek met the nurse, Jon Hagen, although their history goes back to 2002. That’s when Hagen and his flight partner Pam Hillen responded to a one-car rollover crash in Wisconsin in which Procek’s father, Tom, was critically injured. Hagen and Hillen airlifted Tom to St. Joseph’s Hospital in Marshfield, Wis., performing CPR intermittently. Unfortunately, Tom was pronounced dead shortly after arriving at St. Joseph’s.

Procek, who had just graduated from high school at the time, remembered how touched she and her family were when Hagen and Hillen signed the online guest book for her father’s funeral.

“A month or two later, Jon wrote a letter to our family,” she said. “He was with Dad during his last moments, and Jon wanted to know how we were doing. It was really a nice thing for him to reach out, and that letter touched all of us. For whatever reason, Dad and our family resonated with him.”

Several years later, Hagen wrote about the Proceks in the “Theda Star Dispatch,” the quarterly newsletter that he produced for his then-flight program. In the article “Angel of the Interstate,” Hagen spoke about traveling along the same stretch of highway where Tom’s accident occurred and visiting the white cross that his family made to mark the place. A small ceramic angel with “Thomas” painted across its chest rested on the cross.

“At the time of his death, Tom and I were pretty similar in age,” he said. “It was a beautiful August night, highway adjacent to the Wisconsin river, and a man traveling alone far from home. He will never see his family again, and they won’t see their husband and father. When I first saw the cross and the angel, it moved me. I still get a feeling each time I drive that section of highway, and I still look for the cross to this day.”

Procek was so inspired by Hagen’s compassion that she wanted to become a nurse. However, after her father died, it was difficult to adjust to life without him.

“When I was a freshman in college, I had just lost my Dad and I was a mess,” she said. “I was not the best student then, and I knew that I needed a break to try and figure out my life.”

She finished her associate’s degree at Heartland Community College in Normal, Ill., and decided to become a beautician. Then Procek and her boyfriend moved to California. While pregnant and in the hospital there, she was impressed with the care provided by the nurses and returned to the idea of becoming a nurse.

Through research, she found College of DuPage’s Nursing program and, while still in California, contacted a counselor. Within months, she moved back to Illinois and was enrolled in classes at COD, working on her prerequisites. Procek knew it would take time and effort to care for her family while returning to school. But with determination, she began earning all A’s and became part of the Honors Program.

“I didn’t take education seriously before because it didn’t come naturally to me,” she said. “After my Dad died, I just wasn’t ready to pursue nursing. But once I was, I knew that if I applied myself I could get the grades. And COD’s Nursing program more than lived up to what I needed to succeed.”

As Procek neared graduation, it was a random conversation with one of her brothers that led to her rediscovery of Hagen’s letter to her family.

“It stirred up things inside me,” she said. “I now had more medical knowledge to understand what happened to Dad. I wanted to reach out to Jon for more information about the accident and to let him know what that letter meant to me.”

After finding Hagen on Facebook, Procek sent him the following message: “I wanted you to know that you and the work that you do inspired me to go back to school for nursing. I graduate this May with honors. Throughout my school when we are asked why we wanted to go into nursing, I go back to the letter that you wrote our family about being by my Dad’s side in his final moments. It meant the world to me that he wasn’t alone. My Dad and I were very close and it still upsets me that we never were given the chance to say goodbye but thankful that he was with the people that were trying their hardest to save him. It inspired me to be that person for someone else.”

Hagen wasn’t sure how to react at first.

“After 14 years, I was humbled that this came because of a simple act of sympathy and kindness from so many years ago,” he said.

Hagen asked Procek when she was graduating, and she decided to ask if he could attend the ceremony and pin her. Although he was originally scheduled to work, his co-workers rearranged their schedules so he was free to attend the ceremony with his wife. It would be the first time he met Procek and her family.

“I am so honored that Kelly remembered me, and I really felt that I owed it to Kelly, her dad, her mom and the rest of the family to attend,” he said. “I am proud of her that she decided to go into nursing and have no doubt that she will be an outstanding one. I am also glad to have had the opportunity to meet her family. It tied the whole thing up. Overall, it was an awesome experience and I’m so lucky that she decided to include me in it.”

Procek said it first felt surreal to have him there. Selected as the student speaker for the ceremony, she shared her story, and for many classmates it was the first time they heard it.

“I wanted to inspire my fellow classmates to be an inspiration themselves,” she said. “And when Jon pinned me on stage, he whispered to me, ‘Your Dad would really be proud of you.’”

Having earned her Bachelor of Science in Nursing from Purdue University, she is now working at Hinsdale Hospital in OB, where she initially was on the postpartum unit and is now in labor and delivery.

“When people are at their worst, nurses are the ones who are by their sides,” she said. “We make them feel safe and let them know we will take care of them. At that moment, we are all that they have.”

More about the Nursing program