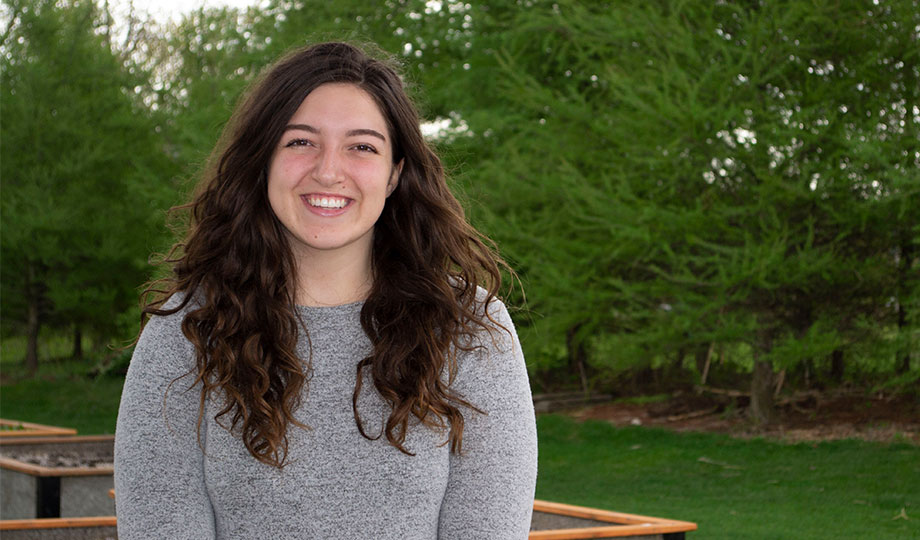 Since she was a child, Katherine Schultz has immersed herself in nature as much as possible.

Her passion grew when she took AP Environmental Science in high school.

“I learned about the amazing impact scientists can have when it comes to preserving habitats and species, and solving complex environmental issues,” she said.

College of DuPage was an obvious choice for Schulz – it was close, was affordable and gave her time to determine a major. She was named a Deans Scholar, which provided $1,000 per year.

“The scholarship not only helped me save money on my education, but to keep the Scholarship I needed to maintain a certain GPA,” she said. “This held me accountable for getting good grades.”

While at COD, Schultz joined the Honors Student Advisory Board and became its president, which put her in a situation where she was required to complete certain responsibilities. The role also helped her improve her communication skills, become better organized, and learn how to be efficient when planning and problem-solving.

Schulz also worked on the College’s prairie as a natural areas student aide, which greatly influenced her career choice.

“We worked outside and learned about tallgrass prairie ecosystems and how to manage them,” she said. “Through this job, I got my herbicide license, which is not only a useful skill to have but it also looks great on a resume.”

Schulz added to her knowledge by taking advantage of field studies opportunities. After receiving the COD Study Abroad Scholarship, she traveled to Ontario, Canada, for a week to learn about animal research at Queens University Biological Field Station.

“We worked alongside Ph.D. students on their research projects and got to learn about the impact that they and others were making on the animal world,” she said. “The trip also helped ignite my passion for learning about human-caused environmental issues.”

Having earned her Associate in Science degree with high honors, Schulz is completing a bachelor’s degree in environmental science at the University of Wisconsin-River Falls, where she is a resident assistant and an officer in the Resource Management Club. In 2021, she worked as an environmental education intern for the Forest Preserve of DuPage County, where she helped teach summer nature camps to students at Fullersburg Woods.

She would like a career that not only aligns with her interests but also is something that benefits humans and the earth.

“Many people believe that by helping one, you must sacrifice the other,” she said. “But I believe there are ways to accommodate our needs as humans while still preserving the earth and its resources.”

As for students coming to COD, Schulz urges them to push beyond their own boundaries.

“Apply yourself to your studies and get outside of your comfort zone. You may surprise yourself!”