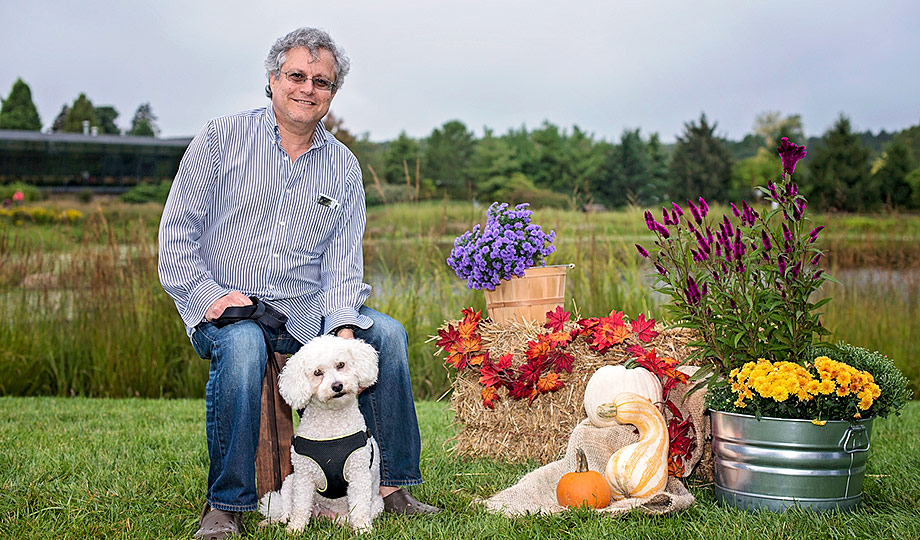 Sandy Fries was first inspired to write by the professional writers who moved him.

"Mark Twain amazed me with his wide range of styles and compelling work," he said. "My all-time favorite piece of work is 'Our Town' by Thornton Wilder. I dare anyone to read that play and not have their heart ripped out and their life improved in a powerful way."

It didn't take long for Fries to become a professional writer. He was an NBC Fellow at Columbia University’s Graduate School of Journalism and has written for a variety of publications and television shows, including “Fame,” “Quantum Leap” and "Thundercats." He even received an Emmy nomination for his work.

It was Fries’ agent who brought him to the attention of Gene Roddenberry, the creator of “Star Trek,” during the 1980s. The two became friends, and Fries was hired as a staff writer for “Next Generation.” He eventually co-wrote one “Star Trek” novel and 10 video games, including “Starfleet Academy.”

While working as a writer on the “Starfleet Academy” video game, Fries met actor William Shatner, who played Capt. Kirk in “Star Trek.”

“In the game, if you do well, Capt. Kirk gives you your diploma,” he said. “I met Bill Shatner when he filmed his segment for the game. He was very charming, and the first thing he said to me was, ‘Sandy, you look too young to be a writer.’ If I remember correctly, this was the last time he played Capt. Kirk on camera, so it’s an honor that I wrote the words he spoke.”

For example, Shatner called Fries and asked to interview him for a documentary on “Star Trek: The Next Generation,” for which Fries was a staff writer. Unfortunately, Fries was unable to participate.

“I called him and apologized for not being able to work on the documentary, but I did ask if he would do an audio interview with me that I could use in class,” Fries said. “He’s been a phenomenon in every area of mass communications, and he kindly agreed to do it.”

In December 2102, Fries and Shatner – who also won two Emmys as Denny Crane on “Boston Legal” – recorded the interview, during which they discussed such topics as the importance of storytelling.

“I knew students would be interested in it,” Fries said. “Students should know that their professor has professional experience in a given field, and listening to someone like Bill Shatner helps them grasp how it works behind the scenes.”

Shatner is one of several high-profile professionals Fries has recorded for his classes. He conducted a two-way televised interview with Oscar-winning screenwriter Eric Roth (“Forrest Gump”), where students could ask Roth questions, and he’s held teleconferences with Patric Verrone, Emmy-winning writer for “Muppets Tonight” and writer/producer of “Futurama,” and Frances Hardin, former White House correspondent for CNN.

“Having access to this caliber of professionals is rather unique, not only for community colleges but at any college,” Fries said. “I never had this kind of opportunity when I was in college, so I’m grateful that I can do this for my students.

"I like teaching because it’s fun and still gives me time to write. Talking about class subjects that interest me with bright students, reading books for classes I teach -- how idyllic is that?"