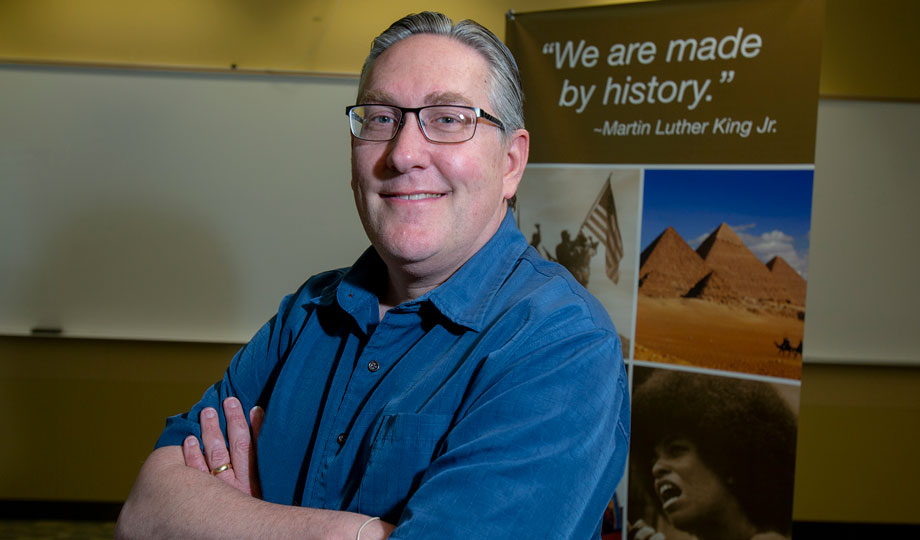 John Paris was inspired at an early age by his teachers and, most importantly, his parents.

"My father was a high school Latin teacher for 45 years and my mother was a registered nurse and frequently taught in nursing schools, assuming the teacher and mentor role as a head nurse throughout her career," he explained. "Their positive influence as parents and as role models inspired me to pursue a career in teaching."

Paris was first interested in history during his childhood. He was drawn to historically themed entertainment, and he would read biographies, historical fiction and nonfiction. Two works he read at York Community High School in Elmhurst left an impact on him: "To Kill a Mockingbird" by Harper Lee and "Night" by Elie Wiesel.

"They revealed to me, through brilliant literary examples of courage and survival, that the indominatable human spirit can and has triumphed amidst conditions laden with intolerance, hate and atrocity throughout history," he said. "The world of the past - the lives, cultures and events of previous eras - has always fascinated me, as well as their relationships to our current world."

During his junior year in high school, Paris was inspired by his history teacher to become a teacher himself. He earned his bachelor's and master's degrees from Northern Illinois University and began working as an adjunct faculty member at College of DuPage shortly after that. He spent 20 summers working with the Elmhurst Park District on their maintenance crews and as supervisor for a crew of workers with disabilities.

In 2008, he became a full-time faculty member at COD, where he instills a passion for learning in his students.

"I believe it is vital for each new generation to gain an understanding of the historical past, to be able to critically interpret that information and to apply the lessons and reasoning skills to help them formulate their view of the current world and their own lives," he said. "The more conscious and informed students are about the past, the more they will be truly prepared for the world beyond this level of education and the more culturally, socially and politically aware they will be as citizens of the world.

"I am inspired every time I see the positive results of my work, especially when students inform me of how the lessons they gained and the personal growth they experienced in my classes inspired them, encouraged them or afforded them the opportunity to view the world in a more critically thoughtful way. Therefore, as a teacher, I am honored to be in a position to be a facilitator in this aspect of their education and development."