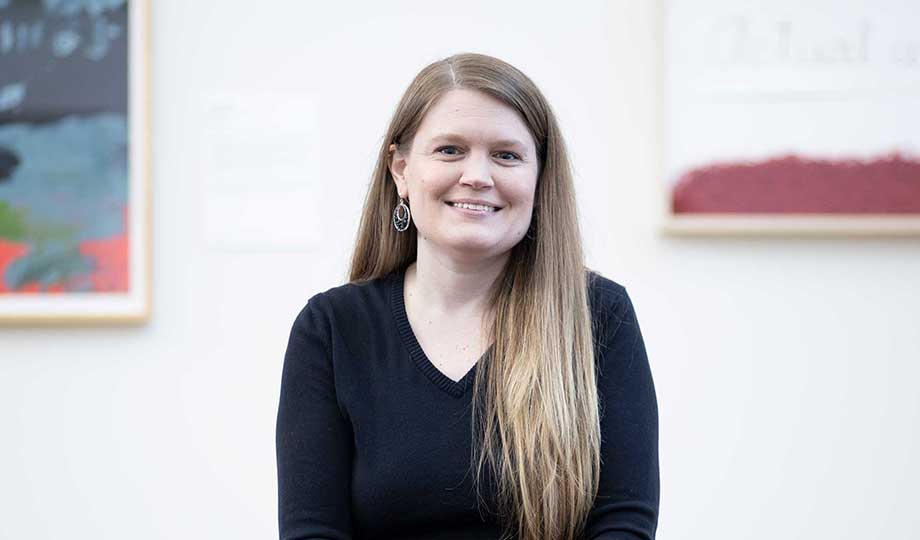 As an administrative assistant for the McAninch Arts Center (MAC) at College of DuPage, her work usually takes place behind the scenes. But when a unique opportunity opened up to musically collaborate with COD students honing their artistic skills, Rakow jumped at the rare chance.

"One of our student workers wrote a composition and I played the cello along with other student musicians at a student composition recital," she said. "It was fun to participate in what they were doing. I love attending our students’ recitals and have even seen them perform at their next colleges. It is so gratifying to follow their successes and seeing them come off professionally."

Rakow began her higher education career at St. Olaf College with a focus on studio art and Asian studies. She then enrolled at COD, where she studied animation, was a student worker for the MPTV program, then known as the Multimedia Arts program, and earned general education credits. Following her time at COD, she went on to earn her bachelor’s degree in Visual Arts at Concordia University and spent two years as a special education aide and teacher’s assistant at Simmons Middle School in Aurora.

Armed with a lifelong passion for the arts in conjunction with her educational experiences and professional background, Rakow is exceptionally qualified to run the daily ins-and-outs of the College’s epicenter for all things art.

At COD, Rakow assists staff and faculty at the MAC with whatever they need. She puts together programs for performances, assists MAC Director Diana Martinez, manages student workers and organizes the annual student talent show "COD’s Got Talent." In addition to helping keep the day-to-day business of the MAC running smoothly, she often attends student arts shows, student performances and theater productions.

"I love supporting student arts," she said. "I understand being a performer and an artist and that helps me support the behind-the-scenes pieces of that world. Since I love supporting the students, I put my heart and energy into it."

Rakow’s passion for the arts keeps her active as a visual artist. She has worked with a variety of media and disciplines, including acrylic and watercolor painting, drawing, illustration, and printmaking. Also enthusiastic about supporting art and artists, she is a member of the Awakenings Project board and participates in exhibitions as well as board initiatives, which seek to support artists with mental illnesses. Last year, she and her husband presented their work with two other artists during the Signals and Codes exhibition, which is part of the Terrain Biennial series of exhibitions that grew from humble beginnings in Oak Park to worldwide showcases.

In addition to her visual art, she stays active as a musician. For Rakow, music is a family affair.

"I grew up in a musical family," she said. "My parents were part of a music group and used to tour different churches. My parents, sister and I would often sing quartets. I have an uncle who is an organist and other family members who have been choir directors."

She has used her musical talent and experience as way to help people and bring the community together. Before coming to COD, she was a member of the West Chicago Arts Commission and worked to organize events for musicians, including coordinating a monthly open mic night. For six years, she served as the musical director for the International Community Evangelical Free Church in Lombard.

Rakow said that learning at COD goes beyond the classroom, with each day forging new and exciting opportunities to grow.

"By its nature, the work at the MAC changes from day-to-day, which is a challenge but also one of the reasons I love being at COD," she said. "Diana Martinez is an idea powerhouse; as a result, some days you walk in and suddenly it is all hands-on deck for a new production or a new idea. That makes it exciting. The creating is part of the job. I am always learning new things and COD is an incredibly supportive environment. Also, I like being in a place of learning. There is an energy in an environment where people are learning things that is palpable and contagious."