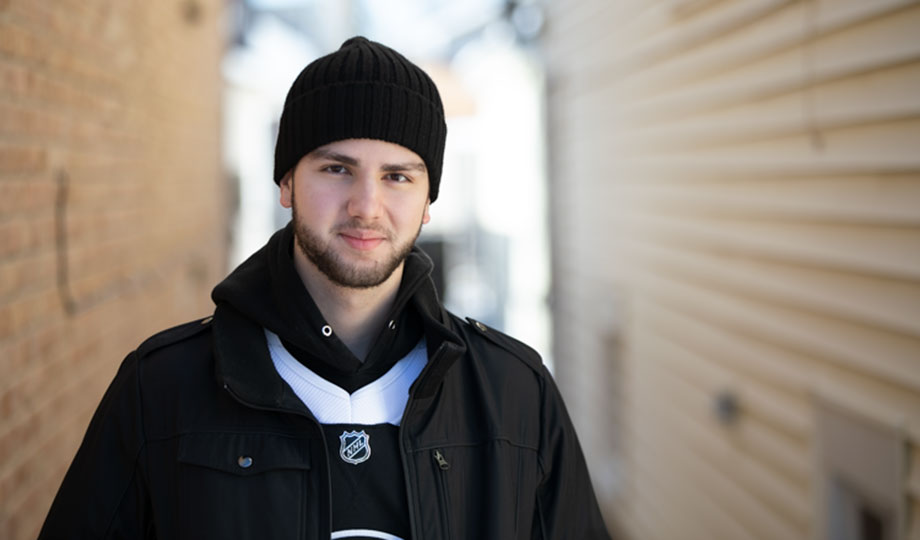 Michael Amato-Montanaro developed an affinity for engineering in middle school when he competed in Science Olympiads.

“I ultimately chose to study engineering in college because I felt that it fit my skill set in math and science while enabling me to do hands-on work, which is something I've always loved,” he said.

Because of the pandemic, Amato-Montanaro didn’t find it necessary to pay tuition to a four-year institution when he would be studying from home. In addition, he applied for and was named a Presidential Scholar at College of DuPage, which covered two years of tuition as well as enrollment in the Honors Program and Phi Theta Kappa.

“I felt that COD would be a good way for me to transition into college and experience the academic rigor that would be expected of me for the next four years at a less expensive price tag,” he said. “This scholarship allowed me to dedicate more time to my schoolwork and extracurricular pursuits that I otherwise would have spent working, and it will help me graduate college without debt.

“Most importantly, I was confident that through attending COD it would open new doors for my academic journey to continue—which in fact it did. COD helped me meet my goals through providing me with a strong foundation in core engineering classes and instilled in me the work ethic needed to succeed as a mechanical engineering major.”

Amato-Montanaro transferred to Columbia University in New York City to study mechanical engineering and political science with a pre-law focus. After graduation, he plans to work in the space industry as an engineer.

“After a few years of doing that, I will attend law school and pursue my dream of running for public office. I’ll use my position to fight for more investment in space exploration, climate change research and the development of cutting-edge technology, so that the future may be even brighter than today.”

Make the most out of your time at COD because you have an amazing opportunity to learn.

As for COD, he has plenty of advice for prospective students. He even wrote an essay about this and sums it up with the following points:

“Have an idea of where you want to transfer to. Most schools have articulation agreements with COD or some other document which explains what specific classes will transfer over. Creating a plan based on that document and sticking to it will help you avoid the headache of your credits not transferring.

“Don’t be short-sighted and believe in yourself. Apply to your dream school, apply for your dream internship—just apply. Even if you were not the best student in high school, if you treat COD as a clean slate and excel, it will open doors for you.

“Keep your syllabus from every class!

“Make the most out of your time at COD because you have an amazing opportunity to learn. In my experience at Columbia, there is much less of an emphasis on learning than there is on producing results. If you’re passionate about what you’re studying, put effort in and you will appreciate your classes that much more.

Finally, Amato-Montanaro said people should not buy into the stigma surrounding community colleges.

“I can confidently say that the education I received at COD was as good as, if not better than, the education I've received at Columbia—an ivy-league institution. Among my peers who transferred to Columbia, overwhelmingly from other prestigious universities, I’ve found myself better prepared to tackle challenges based on prior knowledge. I think that this is in large part due to the emphasis that COD places on learning the material.”