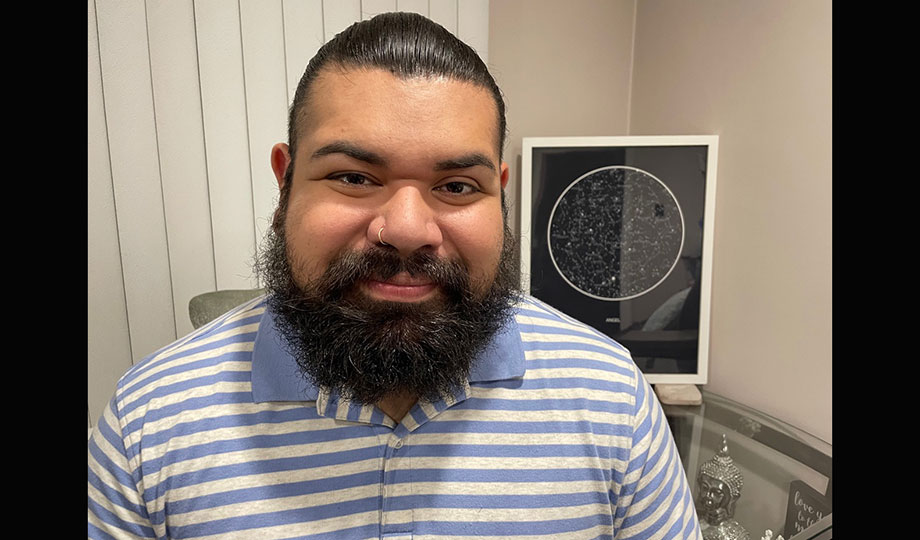 Angel Hernandez began learning about physics as a boy.

“My father would watch the Discovery Channel after getting home from work, and he would always sit me down to watch it with him,” he said. “Unfortunately, life followed a different turn of events, and I lost interest.”

After high school, Hernandez enlisted in the U.S. Marines, after which he turned to College of DuPage and rekindled his earlier interest in physics.

“COD challenged me academically, and I learned much about myself during my time there,” he said. “I discovered different study habits that work well for me, and the professors were highly supportive. Each professor I had taught me something that I continue to use to this day.”

While at COD, Hernandez began working with youth and began a STEM (science, technology, engineering and mathematics) outreach program with the Chicago public schools after attending an outreach event in Glen Ellyn.

“I thought to myself, ‘We need to bring this to the youth in Chicago.’ The goal was to demonstrate that STEM is not an unattainable beast they cannot conquer,” he said. “I had volunteered my time in the past with local nonprofits to aid outreach with STEM and I wanted to offer youth more resources than what was available to me at their age.

“Unfortunately, due to the pandemic, the STEM outreach came to an abrupt halt. However, I was employed by Central States SER and became a learning facilitator with the PODER program at Finkl Academy. I continued to emphasize STEM with my lesson plan activities in hopes of the students building some interest and developing their social and emotional learning abilities. I also worked with Everyone Can Code Chicago and assisted Chicago area youth in developing iOS applications.”

Because of his work and determination, Hernandez was recognized for excellence by the Physics faculty during the annual Celebration of Excellence. Now at the University of Colorado Boulder, he plans to continue pursuing physics and eventually a doctorate degree. His goal is to become a scientific researcher, with interests including general and special relativity, cosmology, game theory and topology.

As for COD, he believes that all students can do it.

“You can obtain that degree, professional certificate or enter that new career path,” he said. “COD’s academic rigor will prepare you for four-year university academics and even high-paced work environments. To those individuals who decide to pursue a physics degree, always remain curious. The formulas work—but why? The math is working—but why? If you do not pass a course, that is OK. I had to retake a college-level calculus course because I did not pass it the first time. You must keep pushing. Do not give up.

“I was not the strongest student when I was growing up. During my middle and high school years, I was at least one or two grade levels below in academic proficiency. I enlisted into the Marines as an AAV crewman and received my discharge in 2017, only to come back home and feel completely lost. I mention this because it does not matter the path you were on, currently on or will be on. All that matters is that you reach your end point. In physics, we call this a conservative force. To my fellow Devil Dogs at COD: Good luck on your future endeavors and stay motivated. To the Latinx community at COD: Échale ganas.”

Learn more about the Physics program at College of DuPage