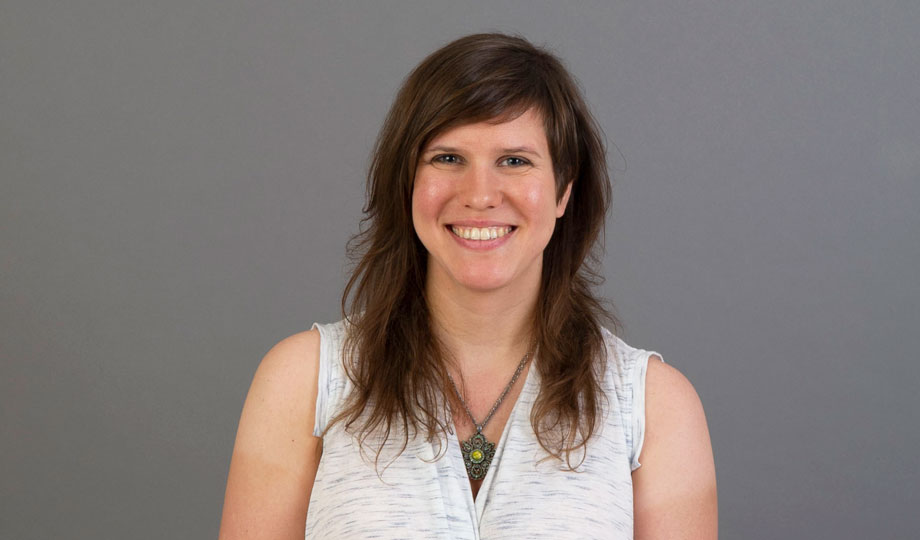 Rachel Fry planned to join the Navy after high school, although she knew her career could take her in a different direction.

After finishing her service, she began working full time and taking classes at College of DuPage toward an associate degree. It was the development of Curiosity, the NASA-designed rover to explore Mars, that caught Fry’s attention. She read everything she could about space exploration, and when Curiosity landed on Mars in 2012, she attended a viewing party at Adler Planetarium.

“Everyone in the room was on the edge of their seats, and people were crying when Curiosity successfully touched down,” she said. “It was an intense experience that made me realize how passionate I was about space exploration and the development of science and technology. I realized that I want to be part of a team that will advance space exploration and discovery.”

During an Earth Science class for science majors at COD, Fry learned about the NASA Community College Aerospace Scholars project (NCAS) from her professor, Diana Strode.

“I was enjoying studying a subject that was related to what I want to do,” she said. “Professor Strode saw this and knew that I might be interested.”

Fry initially qualified for a five-week online scholars program and then was selected as two of 304 community college students from across the country to travel to NASA’s Langley Research Center. During the four-day visit, participants formed teams that developed and tested a prototype rover, creating a company infrastructure, managing a budget, and developing communications and outreach.

It was an exciting opportunity for Fry, who became her team’s project manager.

“My team was so cohesive and focused,” she said. “Everyone trusted the expertise of each other. You’d wake up at 6 in the morning and be going to bed at 2 or 3 in the morning, but none of us were tired. I felt like the faced-paced, long days were part of the experience of understanding what it must be like to finalize a big project at NASA.”

Fry’s team won the first phase of the competition and then was the overall winner. The experience helped her gain an appreciation for engineering.

“I’ve always been wary of engineering. But after the experience, I wanted to take some engineering courses because I knew they would be helpful to me in the future,” she said. “Having a broader range of knowledge and experience can open more opportunities for work at NASA.”

While finishing her Associate in Science degree, Fry served as the vice president of the College’s Astronomy Club and presented a weekly Space News segment that included the latest developments in astronomy and aerospace. This gave members a chance to discuss what was happening with NASA, SpaceX and new discoveries.

“It’s easy to lose sight of the big goal of entering the field when you’re so focused on studying for the next exam, so doing this was a great way of keeping myself involved in the community and excited about the field,” she said.

In 2020, she was one of 11 students out of 515 applicants accepted into the REU (Research Experience for Undergraduates) program through Northwestern CIERA (Center for Interdisciplinary Exploration and Research in Astrophysics). She worked on a study modeling the atmospheres of exoplanets under specific conditions.

“During the three-month program, I was exposed to what it meant to be a graduate student in research,” she said. “We had workshops in academic writing, scientific poster presentation, science communication, astronomical data analysis, reduction and visualization using Python, and attended regular seminars in astrophysics, astronomy and planetary science. I loved the experience and it affirmed that a career in research was exactly what I wanted to do.”

Fry is transferring into Northern Arizona University’s College of Engineering, Informatics and Applied Sciences, where she is majoring in Physics and Astrophysics. Her intent is to pursue a graduate degree in Planetary Science, and her dream is to work as part of a science investigation team for planetary exploration, such as landing on Europa, a moon of Jupiter, or another moon that has liquid water.

She cannot say enough good things about her experience at College of DuPage and how it prepared her to reach this goal.

“The barrier between students and professors does not exist at COD,” she said. “I felt like I developed a relationship with my professors, such as Diana Strode and Erich Hauenstein. They worked in their fields and had excellent advice to share. Having their support meant everything.”

Learn more about the Astronomy program at College of DuPage.

Learn more about the Earth Science prograrm at College of DuPage.

Learn more about the Physics program at College of DuPage.