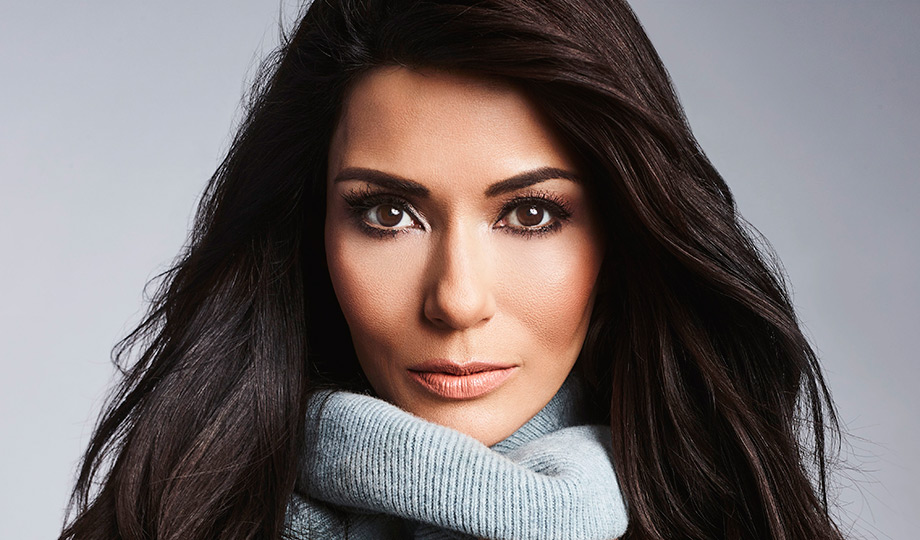 Having built a successful career as an actress, Marisol Nichols still credits College of DuPage for creating a solid foundation.

“I received some of the best training of my life on the Forensics Team,” she said. “It taught me professionalism and how to put in the work. I go into every audition knowing what to do and I audition off book, without looking at the script. College of DuPage also taught me how to be a professional audience member, which means being supportive of whomever is performing, even if it’s a competitor.”

Nichols currently plays Hermione Lodge on the hit CW television series “Riverdale,” which is based on the Archie comics. She describes Hermione as complex, loving and yet complicated.

“I’m always looking for something in a character that I want to play long-term as well as someone I would want to watch,” she said. “Before auditioning, I wasn’t sure where I could take Hermione. When I read for the show’s creator, Roberto Aguirre-Sacasa, he told me what the character was all about and I fell in love with her right there in the room. It was an ideal audition. I’ve probably been on over 2,000 auditions and for some roles I’ve gone back five, even six times. They offered me this role right after I read. I figured I was due for an easy one.”

Nichols had never pursued acting before College of DuPage. In fact, she had never taken a theater class when she saw an audition notice for a COD student production of “A View From the Bridge.” She dreamed of landing a small part and was surprised when she was cast in a lead role.

That experience fueled her desire to learn more and she joined COD’s Forensics Team. Under the guidance of Professors Marco Benassi and now-retired Frank Tourangeau, Nichols found her direction and helped lead the team to two National Speech and Theater Championships.

Even though she earned a scholarship to Eastern Michigan University, Nichols decided to follow her passion and moved to Chicago to pursue acting full-time.

“I accomplished so much at College of DuPage and knew the only thing I wanted in my life was to act,” she said. “After I moved to Chicago, I did everything from pumping gas to waitressing while I hit the pavement. I grew up really fast, worked really hard and learned how to pick myself up when I didn’t get the part.”

Nichols then moved to California and was cast in guest spots on top shows like “ER” and “Beverly Hills 90210” before landing the role of Audrey Griswold in the hit film “Vegas Vacation.” Her extensive resume includes originating the following roles on TV: Victoria Santiago on “Resurrection Blvd.,” Detective Karen Bettancourt on “Blind Justice,” Sonya Quintano on “In Justice,” Nadia Yassir on “24,” Sarah Monohan on “The Gates,” Heather Cruz on “GCB,” ATF Special Agent Zoe Keates on “NCIS” and Corinne on “Teen Wolf.” She also played Laura Porter in the 2008 film “Felon.”

Her success also provides Nichols with the leverage to pursue several causes, including increased awareness of human trafficking and ways to stop it. She believes all states should develop a searchable online database regarding arrested and convicted sex offenders and their locations. Anyone arrested for trying to purchase sex, especially from a minor, would have their names in the database so a spouse or parent could access it.

“We also need to find a better way of educating young girls and boys that teach them how to be safe and smart,” she said.

Happily married with an 9-year-old daughter, Nichols keeps moving forward and meeting the demands of an acting career through perseverance and dedication.

“I keep auditioning and putting myself out there,” she said. “I learned at College of DuPage that if you put in the work, you can become the best that you can be.

“COD is a great place to learn. I worked with amazing people and received a quality education that was the best education of my life. COD allowed me the space to explore who I was and what I wanted to do.”