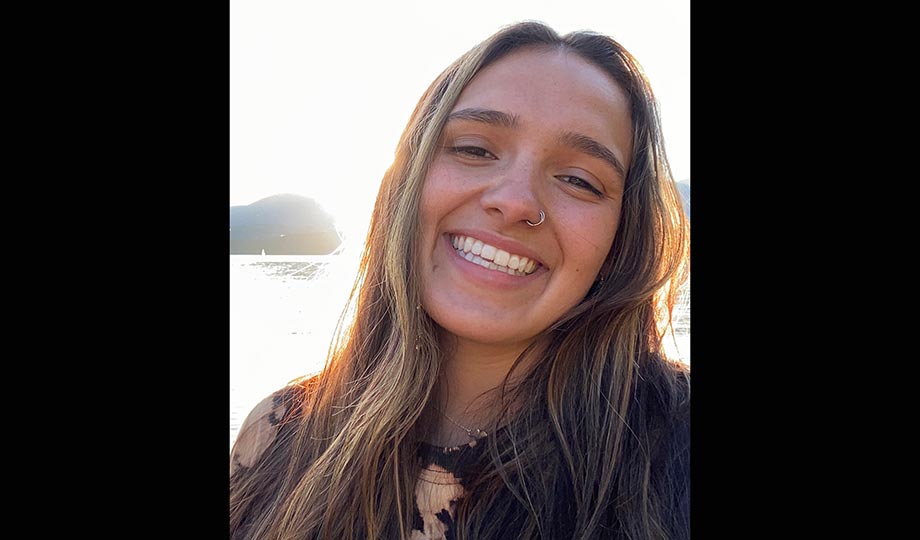 In middle school, Emily Quesada-Glanz found herself straying from her heritage for fear of being teased.

But when it came time for college, she decided to embrace who she was.

“As a native Spanish-speaker and Costa Rican, I felt that I owed it to myself to learn my language properly,” she said. “I now can call myself a proud Latina as I have enjoyed learning aspects of many Spanish-speaking countries through my studies.”

Quesada-Glanz initially went away for school but returned home after only a few days when she realized it wasn’t right for her. Not wanting to lose any time, she signed up for 12-week classes at College of DuPage and loved it so much, she stayed to finish her degree

Her mother also attended COD, and Quesada-Glanz followed her footsteps in another way.

“My mom signed up for the first ever Costa Rica Study Abroad program at COD and met my dad there,” she said. “She was very excited when I said I would be going to Spain through COD’s Study Abroad program and made me promise a few things: first, that I would come back, and second, that I would try everything that was put in front of me because I may not have another chance to try them.”

After earning her Associate in Arts degree, Quesada-Glanz transferred to North Central College, where she was a member of the College Scholars Honors Program. She was awarded a grant to assist with her research in Costa Rican linguistics and studied abroad in Costa Rica to work on her thesis for her honors graduation.

Because of the pandemic, Quesada-Glanz took a year off from her studies after graduating and currently is building her professional resume as a paraprofessional teaching assistant in the Special Education Department at Wheaton-Warrenville South High School. She also is applying to master’s programs in order to pursue Spanish linguistics, and her ultimate goal is to be a college Spanish professor.

Her advice to students considering COD is to give it a chance.

“Make the most out of your time at COD because I promise you're going to miss it after leaving,” Quesada-Glanz said. “COD is a respectable community college and you'll be successful if you put the effort into it. The amazing Spanish faculty challenged me every day. From Study Abroad in Spain to the honors poster presentation in Spanish, COD prepared me educationally and professionally for a successful career in Spanish studies.”